Logan Services is a proud sponsor of Ohio State Athletics! Ohio State pride runs deep among our teammates. We all have a favorite sport and a favorite memory that surrounds cheering for the Buckeyes. We asked our team about their favorite Ohio State stories. They didn't disappoint!

Read on to learn how the team at Logan Services recalls their fandom: 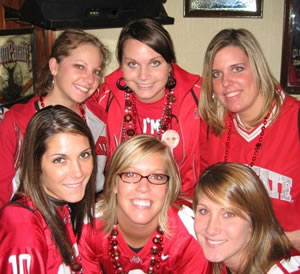 Ashley told us that she has been a fan since she was 2 years old. It's always been a family tradition to root for the Buckeyes. Her favorite memory is when Ohio State defeated Miami in the Fiesta Bowl.

She remembers the double-overtime and 'stud muffin' Maurice Clarett as the QB. It was a massive upset in college sports history, and her family had a great celebration.

Bill, of our service technician team, told us that he became a fan in the 1990s when the Ohio State medical center performed his mom's kidney transplant. Thanks to the work that was done there, they had many more years with her. 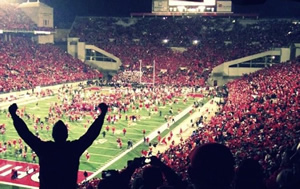 Jessica told us that her love for Ohio State all started in elementary school. She remembers watching the games as a kid with her family and seeing their passion was contagious.

She started tailgating when she got older, and she loves the atmosphere of game day!

Her favorite memory was when she went to her very first game; it was a night game. When Ohio State won, the fans rushed the field. 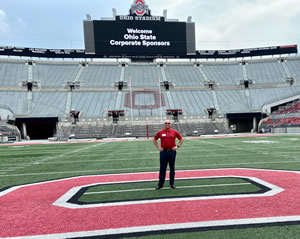 Kevin became an Ohio State fan in the late '60s. His dad was an OSU fan, and they enjoyed watching the Buckeyes' games together.

His favorite moment was when Archie Griffen won his first Heisman Trophy. 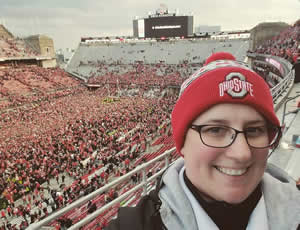 Katie became a fan of Ohio State when she started college there as a freshman. She said that the atmosphere on campus was electrifying and that it felt great to be involved.

Her favorite moment was when she was an usher at the game her first year of college. Ohio State beat Michigan at home after a double overtime. The whole stadium went crazy! 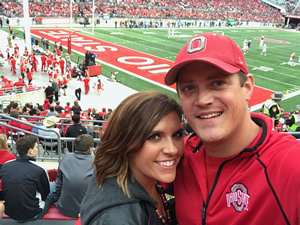 Matt became a fan of Ohio State when he moved here from Chicago. He loved watching games as a kid and became a Buckeye when attending Ohio State for college.

His favorite moment was when Ohio State beat #1 Alabama to go to the Playoff National Championship game.

Logan Services is proud to be a sponsor of Ohio State Athletics, and we are proud to provide heating and cooling services to the Columbus, Dayton, and Cincinnati neighborhoods.